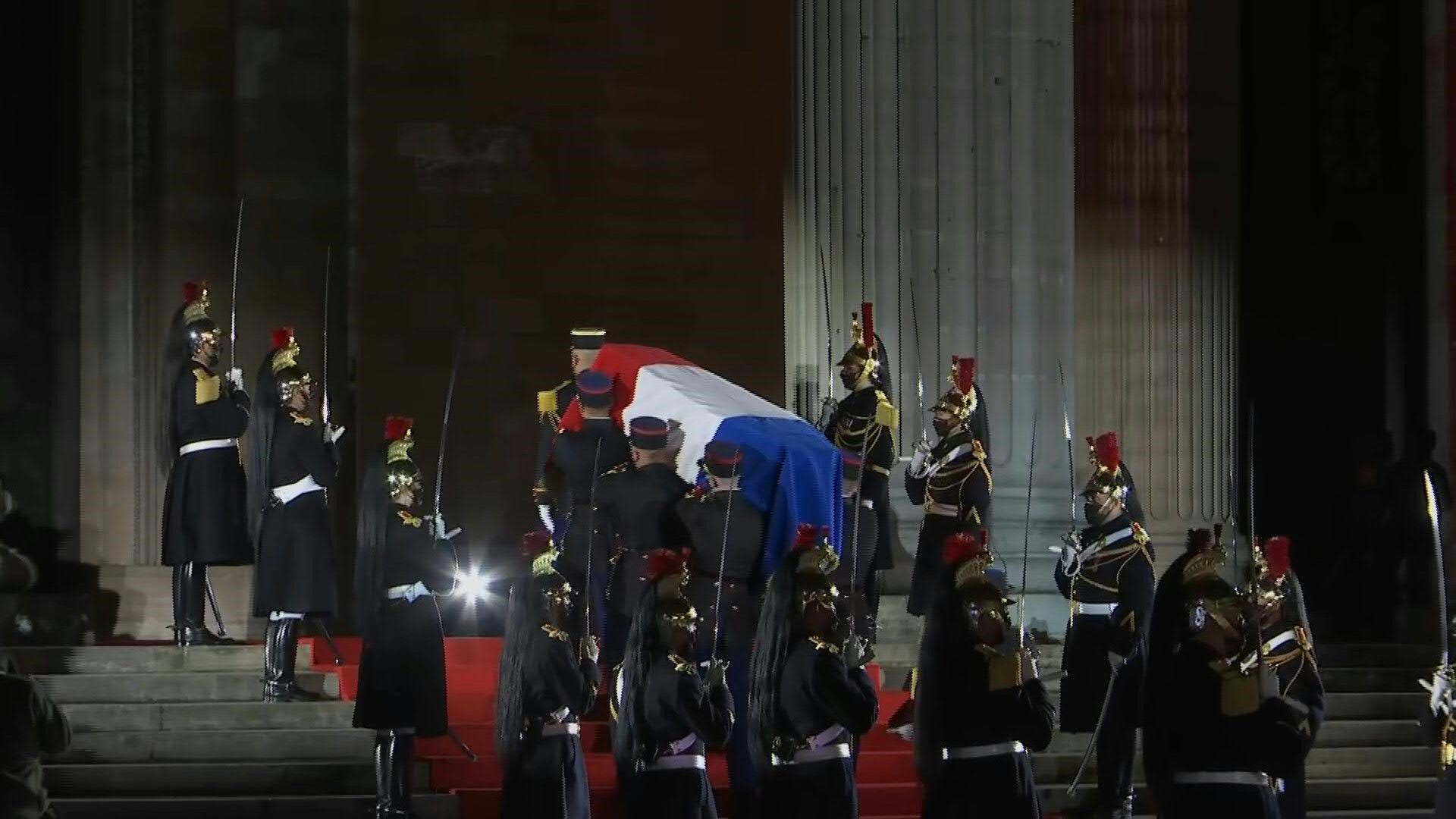 A procession carrying the ceremonial coffin of French icon Josephine Baker makes its way to the Pantheon, in Paris, before the Pantheonisation of the music-hall artist, resistance fighter and anti-racist activist. Baker is the first black woman to enter France’s Pantheon mausoleum of outstanding historical figures, nearly half a century after her death. (COMPLETES VID9TP38V) IMAGES